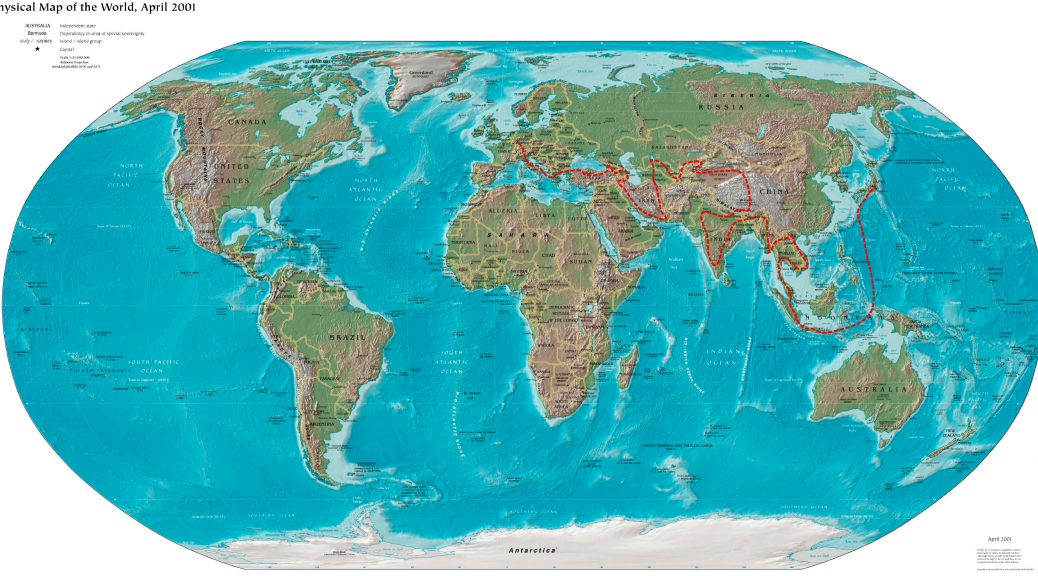 The project is following famous 1907 Rallye Beijing Paris and German females like Clärenore Stinnes or Heid Hetzer and others around the world by truck. Starting from our home base Bonn the idea is to travel in five week legs twice a year, to store the truck where we are and to fly back home since we are working class people. And to fly back.

Our route will take about five years and more than 100.000 km in total. It requires elaborate logistics for truck storage and maintenance as well as for visa, airports, ferries and cargo ships plus vehicle import export all over this world. We are optimistic and communicative people knowing a lot of folks world wide. 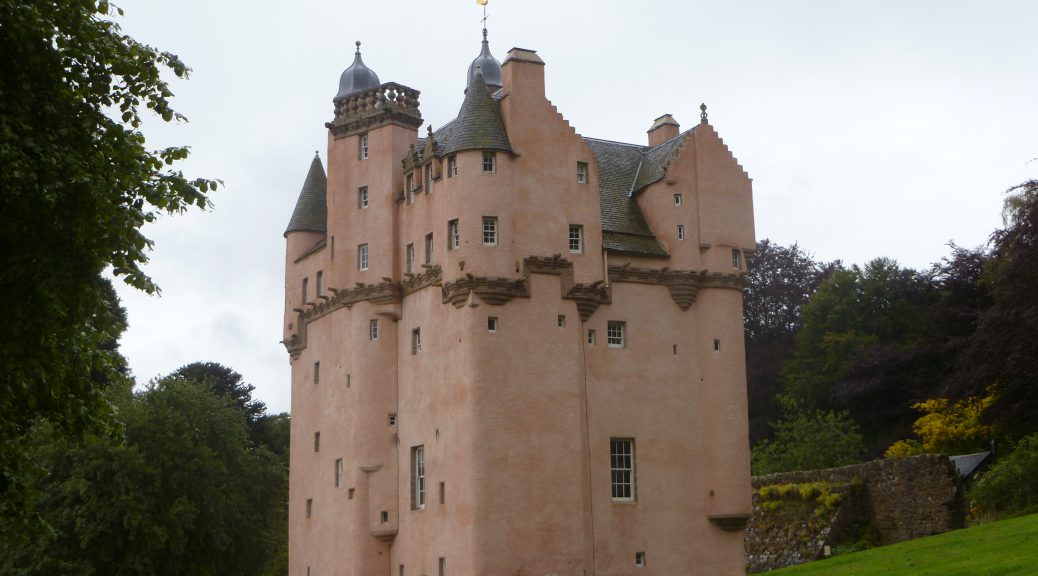 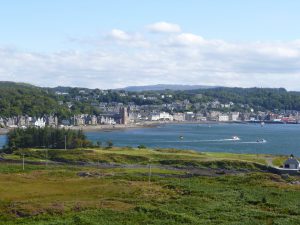 After returning home, problems were again found with the truck’s frame. For more information about configuration of our MAN UNICAT truck plus repairs please see: 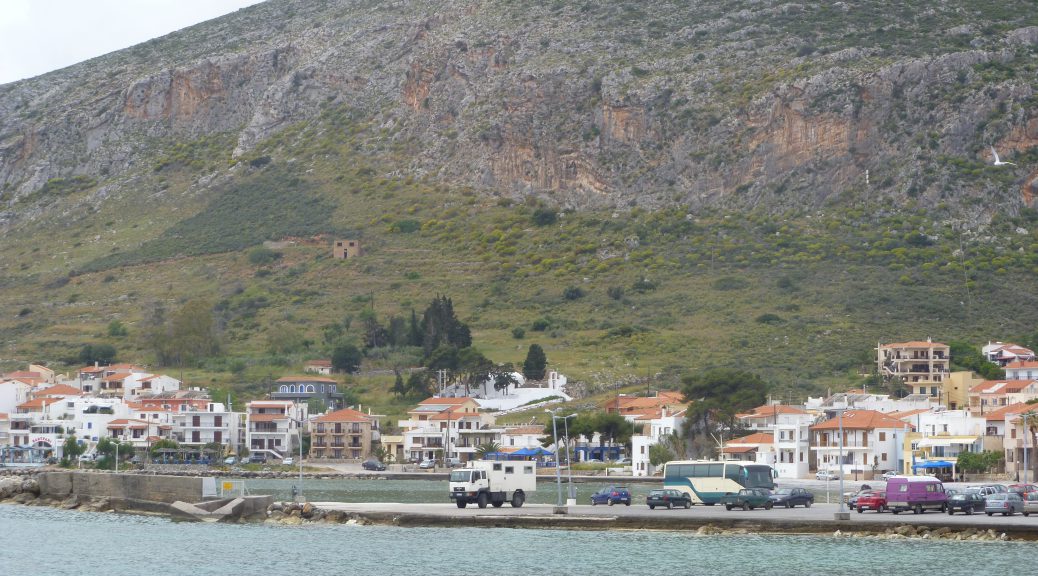 We visited Greece for a number of times, recently going to Peloponnes.

During the trip, the combined waste water/fecal tank was almost lost. For more information about configuration of our MAN UNICAT truck plus repairs please see:

Starting down to Douz into that Sahara triangle between Algeria and Libya, actually restricted area. It covers parts of the eastern tail of famous Grand Erg Oriental in Algeria vanishing in Barchan type of dunes.

One year later, another faulty design and fatigue frame breakage was detected. For more information about configuration of our MAN UNICAT truck plus repairs please see:

We visited Ukraine on tracks of my father fighting here during WWII for what reason so ever. Front line has been Dnipro River between Kherson and Kiev. The tour through Austria, Hungary, Romania, Moldova, Transnistria, Ukraine and Poland met Esterhazy, Sibiu, Cisnau, Odessa, Nikolaev, Sevastopol, Yalta, Dnipropetrovsk, Kiev, Wroclav and took five weeks and more than 7000 km.

Visiting Czech Republic, Slovakia, Austria, Hungaria, Ukraine and Poland we thought to travel to Eastern Europe. As we learned the geographical center of Europe is found in Ukraine and European music, poetry, science and Art Nouveau were at home all over here.

We trucked 10.000 km on parts of Silk Road from Bonn to Damaskus and back through Austria, Hungary, Serbia, Bulgaria, Turkey, Greece and Italy. In those days before civil war Syria was friendly but aroused. 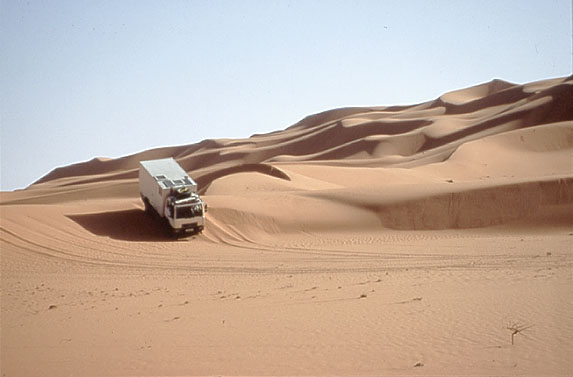 An Expedition from Bonn via Southern Europe led to Morocco, West-Sahara, Mauritania, Senegal, Gamibia, Guinea, Mali, Burkina Faso, Ghana, Togo, Benin, Niger, Algeria, Tunesia back to Germany via Genova. It took almost 4 months and about 20.000 km crossing Sahara twice and travelling solo most of the time. A group of Sahara travellers got on their way from Bonn to Libya and Algeria meeting in Genova for the ferry boat to Tunis, Tunesia, altogether 10 people in 5 cars.

For more information about technology, configuration and design of our MAN UNICAT truck plus repairs please see:

Together with Cologne University an expedition was organized and carried out for GEO Magazine during Winter/Spring 2000. Its purpose was to trace, document and collect Desert Glass in the Great Sand Sea between Gilf Khebir and Siwa oasis, an area 1000 km by 1000 km adjoining Libya in the West and Sudan in the South.

This glass is almost as hard as diamond and was assumed to be the scarab material on Tut-Anch-Amuns pectoral shown in Cairo National Museum. Glass production needs more than 1000 K heat, impossible in those days but ancient literature reported about something alike found in the Great Sand Sea.

For decades Cologne University was in charge of climate research all over Africa. During the Acacia SFB 389 project in the 1999-2000 field season Rudolph Kuper and Stephan Kröpelin, Heinrich-Barth-Institut, were tracing and documenting Lord Almáshys research in and around Gilf Khebir. He is one of the most important Sahara researchers and originators of climate change theory assuming that Sahara was not just arid but fertile every 10.000 years. His proofs were findings of wall paintings and engravings showing giraffes, rhinos, lions and even swimming people, meaning: fertility and water.

His publications led to dismission from the German Archaeological Society due to silliness. He became Director of Cairo National Museum. Also, during WWII, Almáshy had been spying for or the German and British Miltary in that area. Today, he is an aknowleged scientist and his life was the basis of the great movie „The English Patient„.

Kröpelin made contracts with Uwe George, a founder of GEO journal, as a journalist, Carlo Bergmann, a scout of ancient tracks and traces with his camels and Raoul Schrott, a travel and history book writer.

We were in charge of organisation and technology and brought 2 Mercedes G270, gift of the company, from Stuttgart to Cairo via Switzerland, Italy, Greece, Cyprus and Haifa to Egypt. About 20 people forming the campaign met in Cairo’s German Archaeology Institute at Zamalek and arranged for permits and papers together with merchandizing lots of food for 2 months.

This caravan drove to the University’s excavation base in Dakhla, Western Desert organizing baking, watering and car maintenance before starting the campaign in 3 groups: The scout, 5 investigators exploring sites and directions and the excavators documenting, excavating and deploying antique goods.

Carlo searched for ancient caravan routes through the desert, originating from Paharao times, most of them starting in the Nile Valley leading South East into Sudan and Chad. In those days B.C. camels were not available in Egypt. Instead, donkeys needing lots of water and food on their way were means of transportation. Ancient caravans put directions and alamats and water supplies along thier routes, some of them still found and traced by Carlo today in this vast area. Donkeys were replaced by camels only after Cambyses II and his Persian troops had conquered Egypt about 500 B.C. making desert travelling much easier.

The expedition finally succeded: Desert Glass was found consiting of thousands of pieces including raw material, glass tools and arrowheads, most of them broken and left behind. That material was covering an area of 60 km by 20 km.

The origin of Desert Galss is controversial. Most scientists linked the glass to impact features, such as zircon-breakdown, vaporized quartz and meteoritic metals, and to an impact crater and ejecta saying that desert glass was outcome of a near collision between the earth and some meteorit about 26 million years ago due to the heat melting sand.After cooling glass was the result.